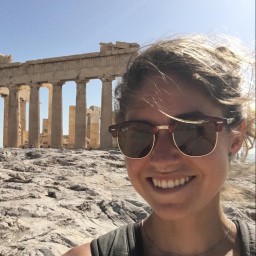 I was only in Agra for two days, as I was in a rush to see as much of India as I could before my visa expired! But honestly I thought it was enough time. The sites there are amazing but the shop owners, and even the regular locals on the streets, are some of the most aggressive I’ve encountered in India. But don’t let that stop you because the Taj Mahal and the Red Fort are both must-sees.

If you stay anywhere in the central town, both the Red Fort and the Taj Mahal are within walking distance. The Red Fort was a bit farther, maybe about 2km, so if you plan on walking, try to go early in the morning or late in the evening to avoid most of the blazing heat. The Red Fort is not so much a fort as a palace. Built with red sandstone and white marble, and having housed generations of Mughal Emperors, the fort is something truly to behold. You’ll find yourself wandering through tailored gardens, and intricately carved marble archways with grand views over Agra. You can even find views of the Taj Mahal! It costs 500 rupees to enter.

The Taj Mahal deserves it’s place as one of the seven wonders of the world. On first glimpse, its iridescent white marble walls will having you wondering if what you’re seeing is a mirage. It gives the impression of being both massive and impending as well as small, compact, and demure. It was built by Shah Jahan in the 17th century as a tomb for his favorite wife, Mumtaz Mahal, after her death bearing their 14th child. After the Shah’s death, he was buried inside next to her.

There are several gates to enter through, depending on where you’re staying. The east gate is the most popular and it opens at 6am, just in time to get a spectacular view of the rising sun’s rays glinting on the white stone. But, keep in mind that in order to enter through the east gate, you have to go about a kilometer or more farther east to buy a ticket and acquire shoe covers for when you enter the monument. Keep this in mind when planning your visit. If you want to enter through the south gate, you can buy your ticket there, but the gate doesn’t open until 8am. It costs 1000 rupees to enter and it’s worth every cent.

If you’re on a strict budget, you can also view the Taj Mahal from the back, the river side, and it only costs 200 rupees. The Taj is built the same in the back as it is in the front. However, you don’t get the same sweeping views as you do from the front and you don’t get to go inside. My advice is, if you’re going to spend money on anything, spend it on doing the Taj Mahal right.

I was only in Agra for two days, as I was in a rush to see as much of India as I could before my...

For the past three months, I’ve been volunteering in Pondicherry in southern India. On the...

If you go to India, you must do a house boat trip in Kerala. Period. It was simply one of the most...