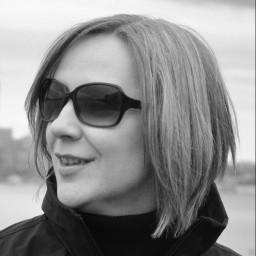 Since 1966, Caesars Palace has had the best seat in the house for location and amenities on The Strip. Celebrating 50 golden years, Caesars is offering a number of celebratory specials to share with guests throughout the month of August. If, like me, you’re headed to Vegas, I have some tips on how to celebrate like royalty.

One of my favorite dining experiences in Vegas is the assortment of quality buffets. The Bacchanal Buffet at Caesars is one you won’t want to miss, especially during 50th anniversary celebration. The buffet is offering retro desserts from 1966, the year Caesars Palace opened, and includes decadent chocolate cupcakes with gold foil. There’s also a sparkling champagne gelee with strawberries and an ambrosia trifle, all fit for royalty. Even on a so-called average day at Bacchanal Buffet, diners will find an unbeatable selection of more than 500 menu items. On more than one occasion the buffet has been voted Best Buffet in Las Vegas by USA Today and with selections such as king crab legs, smoked pork belly, and red velvet pancakes, it’s easy to see why.

Arguably one of the best meal deals on the strip right now is at Beijing Noodle No. 9. For the 50th anniversary, Maine lobster is the feature item for $19.66 per pound. Lobsters range between 2.5 to 3 pounds and there is a limit of one lobster per table. The special is available Monday through Thursday, 4-6pm only during the August anniversary celebration.

If you’re looking for a quick bite on the go that’s still high quality and full of Vegas style, stop by Payard Patisserie & Bistro. They’re offering a $19.66 combo of any sandwich, large soda, and a bag of chips. Try the baguette or Croque sandwiches, but leave room for dessert! François Payard is a third-generation pastry chef known for his delicate and delectable creations.

After a day of fine dining, you’ll need a place to rest up for the rest of your vacation. Caesars Palace has a number of anniversary packages available now until the end of August. Recent renovations include transformations to 586 rooms in the Julius Tower (formerly the Roman Tower) and updates to 948 rooms in the Augustus Tower. Guests will notice the enhanced in-room electronics, new furnishings, and upgraded amenities. This is all part of a $75 million renovation plan.

Those who want to embrace the high roller spirit can also find public bookings available with the Anthology Suites & Villas. Previously exclusive to special guests and high rollers, these deluxe accommodations include a dreamy Vegas experience with penthouses, spa suites, and private villas. While these deluxe options require a certain kind of budget, the newly upgraded suites mentioned above for the Julius or Augustus Towers can be booked for around $100 per night, so there is certainly an option for everyone.

Since Caesars is home to world-class entertainment, check their calendar of events for up to the minute details of what’s on and where. This week’s performances include Absinthe, Matt Goss, and Mariah Carey.

If, like me, you’re interested in people watching, strolling, and taking it easy in between the high roller action, you’ll want to take advantage of the walking tour at Caesars. Ten hot spots will connect you to Caesars Palace history and five “lucky spots” might even give you the edge you need to head back to the casino floor.

Located on the Pacific Coast Highway, directly across from the Huntington Beach pier and the town’s...

Let’s be honest: the centerpiece to any fabulous Vegas getaway is the food. Las Vegas is home to...

Kaanapali Beach HotelWhen you start planning your Hawaiian vacation, you’ll notice there is an...