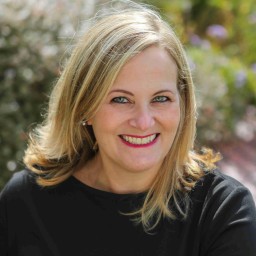 We set out from Northern Virginia for a quick 90 minute drive to the Eastern Shore of Maryland, where we stopped for lunch at T at the General Store, a lovely bright teahouse in a former general store. The aroma of the teas filled the space, and the farm to table menu offered lots of great options.

We arrived at the resort just in time for our facial and massage appointments at the Sago Spa at the resort. We all enjoyed the indulgence, followed by several rounds of steam room, shower, and sauna.

Dinner at The High Spot in Cambridge was fun and filling. A perfect dirty martini was the cherry, er, olive on top.

Back at the resort we considered a hop in the indoor/outdoor hot tub, but we were so sleepy from our treatments we just couldn’t rally. We were all asleep by 9:30pm, an absolute anomaly for us.

After a sunrise walk on Sunday morning, we made for the breakfast buffet, where I got a few side-eyes and one approving nod for my “resist” t-shirt.

Two of us went back to the spa for mani/pedis while the others went to check out the newly renovated rooms in one wing if the resort. Though the old rooms were fine, the new rooms have an updated blue and white color palette and more natural wood, reflecting the waterfront location of the resort.

We packed up and headed a few miles south to drive through the Blackwater National Wildlife Refuge, home to thousands of migrating birds. The manicurist had told us that “The swans are in!” We marveled at large flocks of white birds we later learned were snow geese, not swans, and saw some unfamiliar birds in the marshy waters. At last we saw a pair of swans, majestically oblivious to our presence.

On the way home, we stopped for coffee at the wonderful Rise Up roasters in Easton, a decidedly more upscale Eastern Shore town. I may have to plan another trip to pick up more of the delicious dark roasted coffee I bought there.

It’s a quick trip from DC or Baltimore, but a world away from the hustle and burnout of both cities.

In April, the resort will have upgraded all of its guest rooms. Ask for a Bay view!