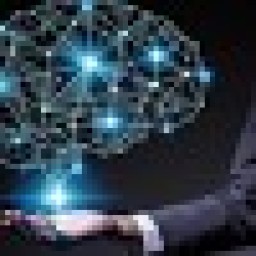 What is a Salt Lamp?

Real Himalayan salt lamps are man-made solid blocks of salt that are carved by hand from the ancient crystal or rock of salts. These rock salt lamps are usually pink in color (mostly pinkish-orange). This color of Himalayan salt is because of the high concentration of trace minerals that are present within the salt. There is a hole drilled in a lump of salt rock so that the lamp can be placed inside. The function of this lamp is to generate both heat and light. This light is essential for them to deliver their benefits and they won’t deliver well without a heat-producing light.

The design of Himalayan salt lamps is also in “fire bowls” of blooming crystal salt blocks. These salt blocks glow with a gentle amber-pink light in any room you place them. With the recent popularity of the Himalayan salt lamps, we now have different amazing designs of this salt lamp. Himalayan rock salt lamps are stunning and most people love them for their beauty. But how do they work? Do they actually generate negative ions for improved health?

The air that circulates the rooms in our homes contains water vapor. The flying water droplets are always moving around the house with allergens such as smoke particles, mold spores, pollen, pet dander, dust, and even viruses and bacteria.

As we all know that salt is hygroscopic, that is they are very good at attracting water molecules from the air around them. The larger the salt, the more significant amount of water it attracts. However, the Himalayan salt crystal lamp (which is a large block of rock salt) attracts the nearby water vapors and the pollutants attached to it.

These microscopic allergens remain stuck to the lamp once the water vapor is attracted to it. They stay attached to the salt and fail to escape back into the air which you could have breathed into your lungs. As the Himalayan salt lamps become saturated with the moisture they get from the surrounding air, the heat that the lamp produces inside dries them. They remain trapped and do not become airborne again. The Himalayan salt lamp continues its hygroscopic effect while it releases the water vapor back into the surrounding air.

The cycle is continued for as long as the light is turned on. However, it is advisable to turn off your lamp every week for an hour. Let the lamp cool down and rub off the salt with a damp cloth. Do this gently to clean away trapped pollution and dust. Leave the light on for the rest of the week and let it naturally clean the air in your home.

Do real salt lamps work to generate negative ions? This is the biggest question that most people ask before buying real salt lamps. The shortest answer to this question is yes.

The benefit of real salt lamps does include the generation of negative ions. This is supported by the evaporation of moisture on the heated rock salt. What most people believe is that what plays a more significant role in ion generation is the photoelectric effect. This effect is where light frees electrons from the surface of the rock salt.

However, crystal salt lamps have small output and a limited range as a negative ionizer. They are not usually very useful like a true negative ionizer. Some people point out the effect of keeping the salt lamp on for a long time, and that this will reduce the negative ions it will produce. It will also slowdown in improving air quality over time.

Some say that there will be the generation of more negative ions after putting the lamp on for a long time as compared to the initial test. While this may be the case, crystal salt lamps are a beautiful addition to the room. Since their negative ion production range is quite limited, you must not expect a small rock salt lamp to flood a large room with enough negative ions.

Even the large ones, while they are visually glowing, are meant to produce a small quantity of advantageous negative ions to the surrounding air. Instead, it is better to consider using rock salt lamps as an added means of producing negative ions in your room. This way, you should position them while considering their short ionizing range.

Continuous exposure to pollutants like pet dander, dust, or cigarette smoke can have a long term adverse effect on your lungs and overall health. Although Himalayan salt lamps may not purify your home effectively, they are one of the confirmed methods to improve your indoor air quality. They do this by:

–          Increasing the ventilation in your house, especially during painting, cooking, or lighting incense.

Reasons to Keep Himalayan Salt Lamp in Your House

Boost Overall Breathing – The finite hairs that are present in our lungs are known as cilia and they act like air filters. Breathing in positive ions decreases cilia activity, and negative ions increase their activity. The use of Himalayan salt lamps will help clean the lungs because they release negative ions into the air.

Deodorize, Cleanse, and Purify the Air – Rock salt lamp does this through the process called hygroscopy. Hygroscopy is a process through which rock salt lamps attract and absorb the polluted water molecules (otherwise called water particles) from the surrounding air. These molecules get stuck to the face of the salt. The salt removes dust, cigarette smoke, and other pollutants in the air. This will help the body to purify the air.

Reduce Asthma and Calm Allergies– Since rock salt lamps filter dust, mildew, and mold from the surrounding air, they let you breathe in clean air. This will help relieve you from all kinds of allergy symptoms.

Enhance Blood Flow – According to some studies, negative ions can accelerate blood flow. When you get Himalayan salt lamps, you will get these negative ions, and you will have a smooth flow of blood. This helps prevent specific damage to the lungs and other problems associated with the vascular system.

Balance Electromagnetic Radiation – Everyday, our appliances at home like computers, cell phones, televisions, and tablets release positive ions into the surrounding air continually. All these electronics can cause the overflow of electromagnetic radiation (EM). Although EM is invisible, it is known to have serious long-term effects on the body. It can lead to increased stress, fatigue, and weaken the immune system. The presence of Himalayan salt lamps helps to neutralize these positive ions because they release negative ions.

Things to Consider Before Ordering a Custom Cut Plexiglass for Your Windows Have you been thinking...

What is a Salt Lamp? Real Himalayan salt lamps are man-made solid blocks of salt that are carved by...