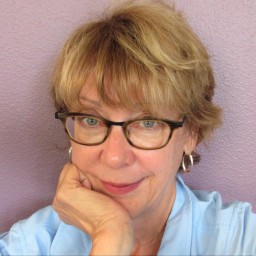 I’ve never been a big fan of fireworks – all that rockets red glare and bombs bursting in air. This year I escaped to Mt Rainier to honor our July 4th Independence Day and the Centennial of the National Park Service. While there I rediscovered a mountain I’d never fully appreciated in my previous trips.

My tiny cabin in the woods for two nights was at Wellspring, located just outside the more visited Nisqually Entrance to the park. I’d stayed at Wellspring years ago and was delighted to see the changes. Billing itself as a “Woodland Retreat and Spa at Mt Rainier,” Wellspring offers massages, hot tubs and saunas as well as a magical labyrinth for meditation. There are a variety of accommodations on the property ranging from a tree house to fully equipped log cabins tucked into the woods for individuals, families and larger groups. I spent a lot of time on the glider on the porch of Toulumne Cabin doing nothing but sipping wine, reading and sketching.

Since my last stay Wellspring has added the Tom-Tom Yurt for groups to use as a meeting space, The Sanctuary, an outdoor amphitheatre for weddings and other events and a gazebo equipped with fire pit and barbecue. If you want to hike you don’t need to leave the premises as Wellspring has expanded its property and added hiking trails throughout.

Wellspring is located three miles from Ashford, a mountain town housing guide services to climb Mt Rainier and the nearest wi-fi (Wellspring has no cell, wi-fi service or television). It also has two art galleries and I dropped into one, Ashford Creek Pottery, to browse. The owner maintains a tiny museum that memorializes the history of the Japanese immigrant experience in the early days of the logging and mining industries around Mt Rainier and the sad story of their internment. None of them returned to the area after being released from internment camps; the racial hostility exhibited by locals before and during the forced relocation of their Japanese neighbors made returning unbearable.

Once inside the Nisqually Entrance, I stopped at the Longmire Historic District which I’d passed by on all of my previous trips to Mt. Rainier. Longmire has a small museum about Rainier’s early pioneer climbers and rangers located in a historic building and two interpretive trails; one explaining the origin of all of the buildings located in the historic district. Across the road another interpretive trail winds around a forest and wetlands ecosystem that was the site of an 1880’s hotel owned by the pioneering Longmire family who promoted the hotel as a spa because of the high iron content of the wetlands water. The trail still has remnants of the cabins, rock spas and hotel with interpretive signage.

It was a cloudy, low visibility day once I reached Paradise where the park maintains a large visitors center and Paradise Inn. While visitors huddled in the visitors center, I began hiking the Paradise Lower Meadows up to the snowline. Not having the expansive scenic views forced me to notice what was visible just off the trail – the beginning of Mt Rainier’s famous wildflower season. The University of Washington is conducting a crowd sourcing field project to measure the effects of climate change on Rainier’s wildflowers and they’re asking visitors to take close-up photos of wildflowers and send them date-stamped and geo-tagged (your smartphone can do both) to this site. I sent the photo of this newly blooming avalanche lily which I found at the snowline at Alta Vista – my scientific contribution to a worthy cause which I will now follow because I took the time to rediscover the mountain.

Vancouver, BC, Canada for Indigenous Tourism

It began with an attempt to find reasonably priced accommodations in downtown Vancouver, Canada...

In the isolated rural community of Providencia in the Los Santos region of Costa Rica the residents...

I’ve never been a big fan of fireworks – all that rockets red glare and bombs bursting in air. This...