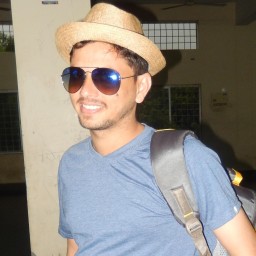 The Dubai Desert - Where Beauty Meets Mysticism for Desert Safari

I had heard so much about the Dubai Desert that one day I decided to take the bait and pack my bags to visit this ancient landscape. I didn’t head to the desert straight away; I was keeping it in store as a treat for myself. My trip to Dubai was full of delights – the incredible Burj Khalifa, the Palm Jumeirah Island, the magical Dubai Creek, the magnificent Dubai Canal, the unbelievable Dubai Frame – it was all mind-boggling. But my mind kept going back to my final treat – the Dubai Desert, where I was told that beauty meets mysticism. A simply unmissable adventure. And the day finally arrived.

My desert adventure began with signing up with one of the most reputable tour operators in Dubai – Rayna Tours. I was told that they would show me the time of my life, and whoever said it wasn’t wrong. I had signed up for the overnight desert safari, wanting the best of both the day and night experiences. I was picked up at my hotel exactly at 5 P.M. There were 10 other people, in two cars, and our group made a fast trip to the desert from Downtown Dubai.  The sun sets late in Dubai, so I was sure I wouldn’t miss the incredible sunset – a treat, I was told, something to hold dear for a lifetime.

Getting To The Desert:  It took us an hour to get to the desert, through some of the most picturesque roads lined with souqs. After a bathroom stop, we finally reached the desert. The desert was everything I was promised it would be, and a million times better than any photograph or video of it. The paved roads gave into rugged wadis which were flanked on either side by tall, reddish dunes that stood majestically high. There were smaller dunes besides the big ones, which caused an undulating effect, very magical to see.

Adventures Ahoy! Our very first adventure was some spirited off-roading. We dune-bashed for a while, holding on for dear life and screaming in joy. Some of the guests wanted to do some quad-biking and they got their wish. I strolled up and down the dunes, barefoot, feeling the hot sands between my toes. There were sand boards for those who wanted to try their hand at this strange sport. I declined, and spent my time gazing out at the distant horizon, watching the sun slowly make its descent, enjoying my Desert Safari Dubai.

Just Like a Sheikh! We were then taken to a Bedouin camp for some much-welcome refreshments and a lovely BBQ dinner. We dressed up in traditional Bedouin costumes and played with a falcon for a while. Henna artists got my shoes off and painted delicate designs on my feet and hands. That was quite something else. A belly dancer came over and gyrated to Arabian tunes as well. Someone plonked a shisha pipe in front of me and I took a few puffs. By this time, I was feeling like a Sheikh, myself. I leaned back on silk cushions and let my eyes feast on the spectacle in front of me – skirt dancers, belly dancers, henna artists and a colourful beautifully draped tent. It was like being part of a royal family or something.

Sunset Extravaganza: I wandered outside the tent with others to absorb the magnificent desert sunset. There’s nothing like it in the world. We watched the brilliant orange sun go down slowly in the west, changing colours as it went down. The bright oranges shifted to a rich red, then pinkish red, then purple and then finally a greyish blue. There was plenty of diffused light left even after the sun went down. I had a tripod with me along with a Nikon armed with a telephoto lens. I noticed that there were other photography hobbyists on the trip with me. We took our tripods out and sought the best angles to capture some of the sunset colours. I was so awed by the mysticism and the loveliness of the desert that I used up 3 reels capturing multiple views. I took pictures of the sunset from between two tall dunes, and from the top of a dune, from a small craggy rock formation and many other viewpoints. The other photography hobbyists were grinning from ear to ear, just like me, feeling blessed to have witnessed such a spectacular sunset.

Nocturnal Safari: My co-tourists and I convinced the operators to send us out with a guide on a nocturnal safari. We could have gone exploring on our own, but we felt that having a guide along would be better, just in case. So off we went, with torches (by now it was dark) and a couple of camels (I rode on one for quite some distance). We were lucky enough to spot the rare desert fox, and several reptiles, and even saw an oryx at a distance. More rampant were the desert foliage typical of the Middle East. We climbed dunes, crossed wadis, walked on craggy hard surfaces and generally explored the desert to our heart’s content. As it gets dark, the visibility reduces but luckily we had a full moon that night. Looking out at the vast serene expanse of the desert bathed in moonlight, with the dunes playing with their shadows – it’s something else. It’s mystical, magical, and totally mesmerizing.

Sleeping Under the Stars! I had one last wish that was yet to be fulfilled and that was sleeping under the stars. Even though a sleeping tent was made ready for us with sleeping bags and other stuff, I preferred to sleep outside the tent in a sleeping bag. There are no words to describe the utter oneness I felt with the elements around me as I lay back on the sleeping bag and contemplated the stars, brighter than I’ve seen in any city in the world. I stayed awake for most of the night, and slept briefly, because I didn’t want to miss the sunrise.

A blissful Sunrise: My eyes opened just as the darkness began to lighten slightly. I got up and made my way to the tallest dune nearby and set up my tripod. I was determined to catch the first rays of the sun. When the sun came up, slowly and shyly between the distant dunes, I was breathless with anticipation. I clicked picture after picture, relishing in the amazing panorama of beautiful colours spread out over the sky.

Best time to visit Dubai is between November and March