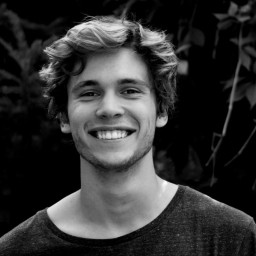 The once-in-a-lifetime experience of going on Africa safari carries plenty of hope and expectation. People wait their whole lives to see as many of the Big Five as they can. But a safari experience is about much more than ticking off the lion, leopard, elephant, buffalo, and rhinoceros, as this rare and legendary safari encounters from recent years, have proved.

One of the rarest sightings on safari is arguably one of the most important; the birth of new life. Elephants, in particular, are particularly private when giving birth, ensuring that they find a secluded spot which is then surrounded by the other females in the herd who offer additional privacy and protection. So, if you’re ever on a safari and happen to witness the birth of a baby elephant you know that you are seeing something very, very special. In 2009 a BBC wildlife photographer was lucky enough to spot a very young baby elephant while he was in Botswana’s, on an Okavango Delta safari, and he noticed something a little bit special; the baby elephant was pink. Thought to be an albino elephant, there were concerns that his light skin would cause him problems ranging from sunburn to being more identifiable to predators but as this article states on-lookers were confident he was learning to adapt by walking in his mother’s shadow and staying out of the sun.

Back from the Dead: The Okapi

Only found in a relatively small region of the Democratic Republic of Congo, the okapi is so rarely seen in the wild that the last “sighting” of one was in 2008 in Congo’s Virunga National Park. Furthermore, this wasn’t a real sighting but a photo taken by a camera trap.  This was the first recorded sighting of an okapi in over 50 years. Both the civil war in the area and the poaching of the animal, which despite its zebra-like stripes is most closely related to the giraffe, have made the okapi very elusive, but it was only in 2013 that the species was officially labeled as endangered. While there are a number of okapi thriving in zoos around the world, it’s very hard to say how many exist in the wild, but that all-important 2008 photograph gave a lot of hope to those who are trying to protect it.

A rare sighting of the pangolin

One of Africa’s rarest and most endangered animals is the pangolin, a small mammal that is rarely seen by safari guides, let alone visitors. Despite its unique way of rolling up in its protective armour to stop attacks from predators –  its name descends from the Malaysian name “pengguling” which means “something that rolls up” – the pangolin’s greatest threat in the last few centuries have come from humans who seek it out for its meat in Africa and Asia. Great efforts have gone to protect the species though few ever expect to see one on safari as the pangolin is notoriously shy.

While not a “rare” sighting, the spectacle of hundreds of flamingos descending on the lakes in the Great Rift Valley in East Africa is a scene very few are lucky enough to witness. These mega-flocks are often seen on Lake Nakuru in Kenya, but the real view is to be found in the sky as these photographs taken last year by wildlife photographer Martin Harvey show. Here you can see thousands of flamingos gathered around the shores of Lake Bogoria, a region also famous for spotting rhino and giraffe. To improve your chances of such scenes travel in summer months (July-August) after the rainy season has ended and the lakes are full.

The fastest animal on Earth… but not as you know it.

Not one of the Big Five, but certainly one of the world’s most fascinating large cats, it’s not always easy to see the cheetah on safari. But of course, that’s exactly how it wants it to be. As the fastest animal on the planet, the cheetah is a born predator who lies low in the grass watching its prey before leaping into action and running at speeds of up to 60mph, which it can reach in under four seconds. What is even rarer to see is the “morph” or “white” cheetah and for many decades it was thought the last one – a spotless sub-species – was shot dead in the 1920s. However, wildlife artist Guy Combes reported a sighting in 2011 along with this striking painting he then produced.

If you have any interest now to visit Africa after reading this article then don’t hesitate to contact https://encompassafrica.com.au.  Encompass Africa travel specialist have a combined 50 years of experience on Africa Travel also offers different packages for different kind of travelers.